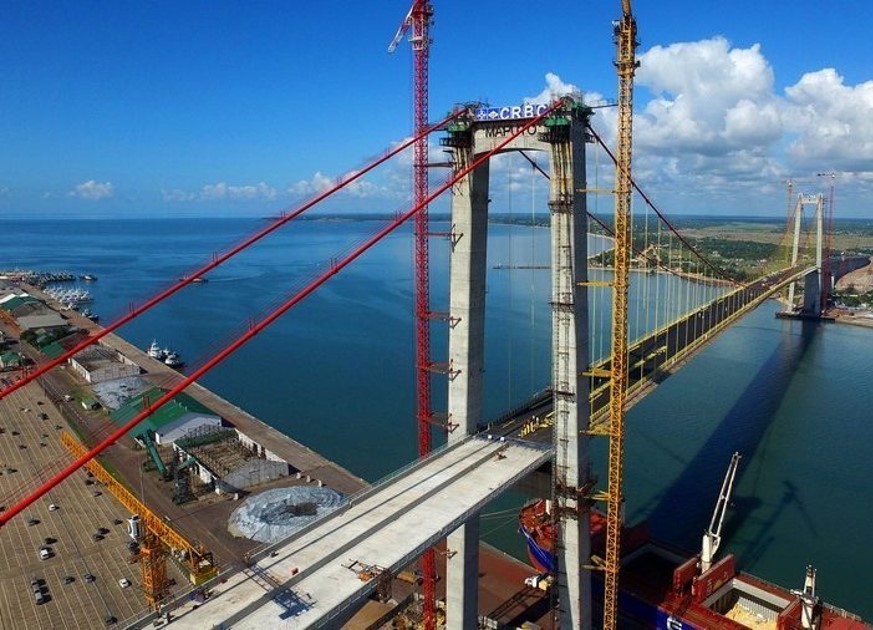 The southern African nation Mozambique is set to launch in June the Chinese-built Maputo Bridge and Link Roads, a project that will become the nation’s key international passageway linking southward to South Africa.

The following are some key facts about the landmark project:

— The project of Maputo Bridge and Link Roads is built by the China Road and Bridge Corporation and designed and implemented with Chinese standard.

– The main span of the twin-tower suspension bridge extends 680 meters over the Maputo Bay of the Indian Ocean and links to the outlying district of Katembe. The elevation of the tower top is 141.2 meters and the navigation clearance is 60 meters.

— The bridge is bi-directional and has four lanes. The design speed is 80km/h, and the bridge is only for vehicles’ passing.

— Construction of the project, with a contract period of four years, started on June 6, 2014. The project is scheduled to be launched on June 25, Mozambique’s Independence Day.

— The contract amount is 785.8 million U.S. dollars, with 95 percent of the funding provided by China through preferential and buyers’ loans.

– The project has created over 20,000 jobs, both full-time and part-time, for the locals since the project commenced. Currently, the project still hires 3,788 local people compared to a Chinese staff team of 467.

— CRBC also trained over 5,000 locals for various job posts required for the project, including welding, steel bending, and machinery operation.

— The bridge is expected to significantly ease passenger and cargo transport between Mozambique and South Africa, boosting trade and tourism development. It will also drive the economic development of various sectors in the underdeveloped Katembe district, including land development, commercial services, logistics, and modern industries.