Mozambique and Belgium signed an agreement in Maputo on Friday under which the Belgian government has undertaken to provide 12 million euros (about 14.8 million US dollars) for renewable energy projects in remote parts of Mozambique. 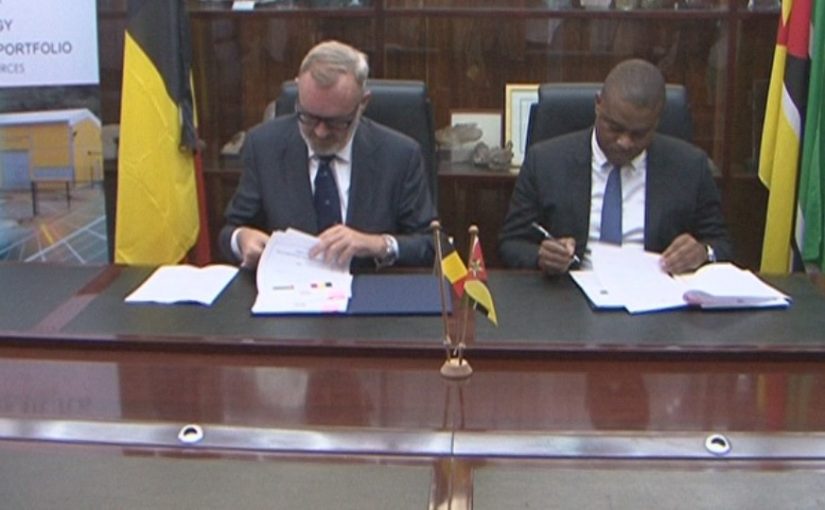 greement were the Mozambican Minister of Mineral Resources and Energy, Max Tonela, and the Belgian ambassador, Herbert Cooremen.

The agreement seeks to expand access to electricity in rural areas, particularly in the central province of Zambezia, and will be implemented by the Mozambican government’s National Energy Fund (FUNAE).

Speaking immediately after the signing ceremony, Tonela said the Belgian grant will finance a mini-hydropower station in Gurue district and 12 local electricity grids is isolated localities and administrative posts in Zambezia.

“This is an initiative that falls within the government’s five year programme for 2015-2019 for remote areas which are not covered in the short and medium term by the expansion of the national electricity grid”, said Tonela. “For these cases, the government is banking on the use of renewable sources of energy, notable small electricity networks based on isolated photovoltaic systems”.

He noted that over the past three years, some 51 communities, in Sofala, Tete, Manica, Cabo Delgado and Niassa provinces have benefitted from such systems. “We have dozens of schools, health posts, water pumping systems and community radios benefiting from the installation of these systems, which are also catalysing economic activities”,

For his part, the ambassador said that the renewable energies project will allow the people living in remote areas to develop small and medium enterprises, and will help diversify the economy. “It will add value to agricultural products through their transformation and conservation”, he said.

The agreement is the continuation of a programme signed in 2011, under which Belgium disbursed 23.34 million euros to finance “Renewable Energy for Rural Development”. This phase of the programme came to an end on 31May last year.

In this phase, solar systems were used to electrify 195 schools, 79 health centres, 274 homes for teachers, nurses, and 77 secretaries of administrative posts in Zambezia, Manica and Sofala provinces. It was estimated that the project benefited 593,400 people.