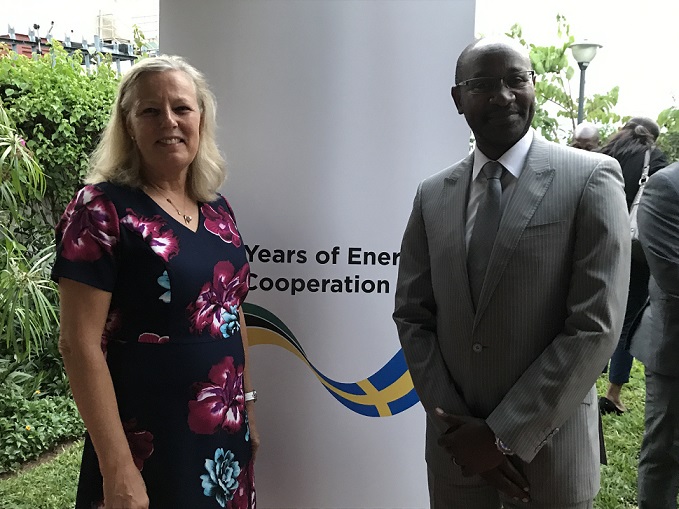 Sweden celebrates this year’s 40th anniversary of cooperation with Mozambique in the Energy Sector, a partnership that began in 1978 aimed at restructuring and rebuilding of electricity infrastructures with a focus on sustainable energy sources, rural electrification and support to capacity building.

Between 1978 and 2018, Sweden disbursed close to SEK 1,5 billion, corresponding to 9.7 billion meticais, for electrification projects in Mozambique. Cooperation with EDM is an important component of Sweden’s continued support for Mozambique.

As part of this cooperation, Sweden has contributed to the rehabilitation of the Mavuzi and Chicamba hydroelectric power stations, a project that will provide access to renewable and sustainable electricity to more than one million Mozambicans over the next 30 years, thus boosting the economy and improving the well-being of the population in Mozambique. With access to electricity, the quality of public services such as health and education can increase, as can local entrepreneurship initiatives and security, especially for women.

Earlier this month, Sweden launched a fund called REACT that aims to boost innovative companies in the field of renewable energy and energy efficiency in Mozambique to seek innovative solutions to the social challenges of the most disadvantaged population. Sweden will invest about 50 million Swedish kronor for this fund.

Support for the energy sector is an important part of Sweden’s co-operation strategy with Mozambique (2015-2020) and contributes directly to one of the objectives of the strategy – improving the environment, reducing climate impact and enhancing resistance to environmental climate change and natural disasters. The initiative will also contribute to the United Nations adopted SDG7 sustainable development goal of guaranteed access to affordable, reliable, sustainable and modern energy for all.