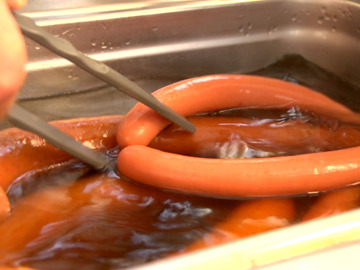 The Mozambican government has suspended the import, sale and consumption of sausages from two South African brands. The measure follows a listeriosis outbreak in South Africa which has already killed 180 people.

Shopkeepers interviewed by DW Africa say that, although the Mozambican market depends on South African imports, the impact of the ban is expected to be minimised by the fact that the measure covers only two brands.

Authorities are already removing all food products from South African Rainbow and Enterprise Food brands from the shelves and began burning them on Tuesday.

According to the National Institute of Economic Activities’ Angela Uamusse, “INAE is in the field to ensure the removal of all products from the shelves. We will continue to work in markets, hotels and restaurants”.

Authorities say that shopkeepers have been cooperative. Shoprite, one of South Africa’s leading supermarket chains, says it recalled the products on Sunday.

“There were no products on the shelves when the first customers arrived on Monday morning,”, Shoprite representative in Maputo Danilo Pinheiro said.

In Maputo central market, Salomão Júlio Macome, a member of the Vendors’ Committee told DW Africa: “We had a problem with a butcher’s shop and some grocery stores, because we depend on imports, mainly from South Africa, who had bought [product] without knowing [that there was an epidemic], but when the inspectors arrived the products were removed, so there is nothing.”

Asked if Mozambique would not suffer a shortage of these products since the national market depends largely on South African imports, Macome said no. “It won’t, because all vendors don’t do the same thing. Those products continue to be on sale, just not those brands.”

His report is corroborated by António Cumbe from the Paloma butchery in central Maputo.

“There are other brands, so there are alternatives. It is only Enterprise and Rainbow that are affected,” she says. Indeed, the polony sold there is of Portuguese origin, even though South African branded.

No listeriosis in Mozambique

Mozambique has yet to register a single case of listeriosis, but authorities are calling on the public to avoid the two brands’ products nonetheless.

Florencia Cipriano, head of the Department of Epidemiology at the National Veterinary College, warned that “even keeping [these products] in our homes in the same place as products that do not require cooking gives rise to the risk of contamination”.