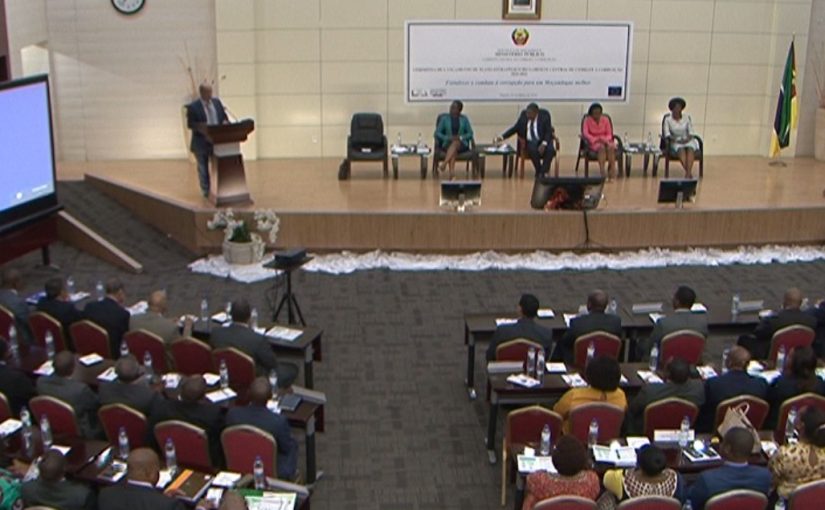 The European Union (EU) announced yesterday that it would donate more than 750 million meticais (EUR 9.7 million) over the next five years to the fight against corruption and the maintenance of a sound, efficient and accountable judicial system in Mozambique.
The aid was announced by the EU Chargé D’affaires in Mozambique, Stergios Varvaroussis, at the launch in Maputo of the Mozambique Central Office to Combat Corruption’s Strategic Plan for 2018-2022.

Stergios Varvaroussis said that the money would be spent within the justice sector, involving professional associations, the justice system, civil society and the media.

“The programme plans to intervene in schools, reinforcing the preventative anti-corruption groups the Central Office for Combating Corruption is implementing with the Ministry of Education,” he said.

Stergios Varvaroussis defended the integration of civic education about corruption in the school curriculum. “Changing the attitudes of young people, the future of the country, is essential to combating corruption,” he said.

The fight against corruption required a sound, efficient, predictable and accountable judicial system, but it also needed adequate legislation, adapted to the national and international context, Varvaroussis said, arguing that the fight against corruption required budget support concomitant with its importance, and certainly more than the current estimated one percent of the state budget.

Citing a 2016 report by the Prosecutor General’s Office, the EU official said that corruption had cost the Mozambican state some 459 million meticais (EUR 6.1 million), of which only 8 percent had been recovered.