Mozambique to Harare: A border post with fewer people and many military roadblocks 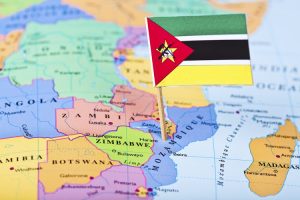 Map and flag of Mozambique

Fewer Zimbabweans are on the move following the Wednesday military intervention against the government of President Robert Mugabe.

“We can consider the numbers abnormal, since the daily average is 500 to 600 Zimbabweans crossing, and we are currently under 200,” a Mozambican migration official said.

Lusa had already noted smaller numbers of Zimbabwean on Wednesday, especially of traders who buy in Mozambique to resell in the neighbouring country, with none of the normal peak hour queues.

A Zimbabwean migration official admitted that the border had registered a slowdown, with “fewer people crossing the border in both directions” after the army announced that “the [political] crisis in the country has risen to another level”.

Buses carrying traders between the Mozambican city of Chimoio, central Manica province, and Harare, Zimbabwe’s capital, have not been in service since Wednesday, a businessman told Lusa.

“They were discouraged by roadblocks between the border and Harare, with a lot of military controls,” Lovemore Kamoto, a Zimbabwean trader, told Lusa at Machipanda while on one of his regular trips.

A taxi driver, Noah Anderson, said the massive presence of the army along the border and on the road linking Mutare was deterring the population.

“The movement is very low, not the usual,” he said, pointing out that he faces two heavily armed army road blocks every five kilometres between the border and the city of Mutare.

The military stop and search civilian vehicles and demand identification of anyone entering or leaving the country.

Machipanda is also the main gateway for inland African countries that use the Mozambican port of Beira in the Indian Ocean.

In the capital, Harare, public institutions, commerce and public transport returned to normal operation this Thursday. The main point of debate was whether or not Mugabe had left the capital for the Roside region on Wednesday.

Tensions in the country escalated on Monday after army chief General Constantino Chiwenga condemned the dismissal of the country’s vice president and warned that the army could “intervene” unless an end was put to the “purge” within the Zanu-PF, party in power since the independence of Zimbabwe in 1980.

Mugabe’s Zanu-PF party reacted the day after the unprecedented warning, accusing the head of the Armed Forces of “treacherous conduct” and saying General Constantine Chiwenga’s comments were “clearly” intended to disrupt national peace and constituted treachery, “since they were made to incite an uprising.”

On Wednesday, the Zimbabwean army placed Robert Mugabe under house arrest and seized control of the capital, Harare, in an operation targeting, it said, “the criminals” surrounding the world’s oldest head of state, at 93 years of age, and which was not “a coup against the government”.