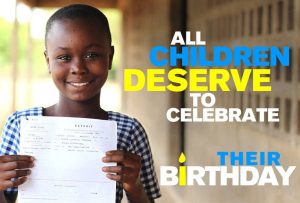 The program, launched yesterday in Maputo and promoted by the Ministry of Justice, Constitutional and Religious Affairs through the National Directorate of Registries and Notaries, will promote the civil registration of all births in Mozambique.

The initiative also aims to show how a “computerized civil registry system that incorporates statistical data” can be useful “for the determination of government policies and plans, such as planning the number of schools to build, healthcare plans” and so on.

The awareness project is funded by the United Nations Children’s Fund (UNICEF) and the World Vision organisation.

Mozambique adopted an electronic registration system in 2014, but has since then lacked resources for comprehensive implementation.

A year ago, Canada announced funding of 19.5 million Canadian dollars (more than EUR 12 million) over five years to try to overcome difficulties and support other reforms in the sector.

At the time, Marcouigi Corsi, UNICEF’s representative in Mozambique, stressed the importance of reforming the civil registry and creating a centralised system to certify the identity of children at birth.