Renamo demands “dignified and humanised” reintegration of its forces 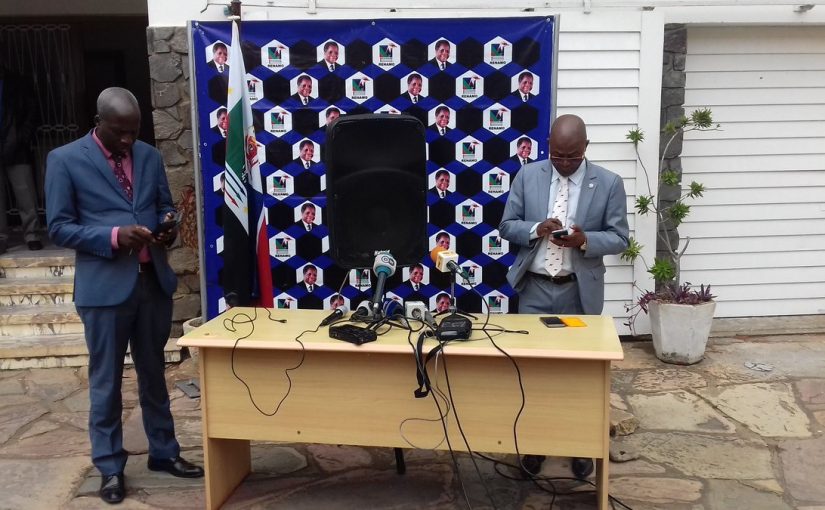 Renamo will deliver the weapons in possession of its residual forces, its men must be integrated into society in a “dignified and humanised” way.

The Interim Coordinator of Renamo’s Political Committee, Ossufo Momade, told reporters on Thursday via a conference call from Gorongosa that the memorandum on military matters provides for “the placing of Renamo officials in command and leadership in the Defence Forces of Mozambique. The integration of the residual Renamo force in the units of the Police of the Republic of Mozambique will occur after the understanding regarding their placement in the [organic of the] Ministry of the Interior (Home Affairs).

According to Ossufo Momade, “we have come to an understanding that the other [remnant] part of the residual force (of Renamo) will proceed with the delivery of its weapons to a body previously established for this purpose. They will assigned [in an] inactive status, and integrated in society in a dignified and humanised way”.

Momade took the opportunity to appeal: “We urge all forces in Mozambican society to continue to remain calm”.

The Coordinator of Renamo’s Political Commission made no reference to the question of the integration of his party’s residual forces into the State Intelligence and Security Service, SISE, which has been one of the demands of the Mozambican National Resistance. He also refused to answer questions from journalists.

subtitle – Reactions to the memorandum of understanding

Reactions welcoming the understanding reached between President Filipe Nyusi and Ossufo Momade for the demilitarisation of Renamo poured in from inside and outside the country.

The Swiss ambassador to Maputo and chairman of the International Contact Group between the Mozambican Government and Renamo, Mirko Manzoni, expressed readiness to support the process.

The president of the MDM, Daviz Simango, has required the public disclosure of the agreement so that Mozambicans can “take ownership of the process” and monitor its implementation.

In turn, analyst Fernando Lima commented to DW Africa that the agreement “is an understanding in the right direction.”

According to Lima, the way this issue is being dealt with, and some small obstacles that arose after the meeting in Beira, where the agreement was reached, show how delicate the question, which has several levels of resolution, is.

Lima mentioned sentiment within Renamo that some officials integrated in the Armed Forces in the past had been marginalised, and that now new integrations are to occur in this sector.

Also according to Lima, other integrations are planned in the police, and not only as simple agents, but some who will eventually occupy official posts.

Other elements are to be integrated into special police forces such as the Rapid Intervention Unit (UIR), which, Lima points out, have caused significant military setbacks to Renamo’s residual armed forces in the past.

Frelimo, the governing party, has expressed its desire that the municipal elections scheduled for October 10 of this year occur in a post-disarmament environment.

But Fernando Lima notes that “speed is often the enemy of doing things right.”

“Practice has shown us that the process, particularly in military matters, has been extremely slow. In my view, it is better to settle the issues altogether than to move very quickly, trying to show that everything is right when in actual practice what is being done are patches to a substantive agreement that finally guarantees that Renamo is only a political party without any military appendage. ”

TThe current negotiation process between the Mozambican government and Renamo started a year ago when Filipe Nyusi travelled to Gorongosa, central Mozambique, for talks with the then leader of Renamo Afonso Dhlakama on August 6 of last year, in a meeting that was marked by a handshake.

In addition to the disarmament and integration of the men of the armed wing of the largest opposition party in the armed forces and the police, the negotiation agenda between Nyusi and Dhlakama, who passed away on 3 March, also involved decentralisation of power, a point that has already been addressed by an amendment to the constitution in July.