Mozambique, a scenic country in southeastern Africa. Mozambique is rich in natural resources, is biologically and culturally diverse, and has a tropical climate. Its extensive coastline, fronting the Mozambique Channel, which separates mainland Africa from the island of Madagascar, offers some of Africa’s best natural harbors.

These have allowed Mozambique an important role in the maritime economy of the Indian Ocean, while the country’s white sand beaches are an important attraction for the growing tourism industry. Fertile soils in the northern and central areas of Mozambique have yielded a varied and abundant agriculture, and the great Zambezi River has provided ample water for irrigation and the basis for a regionally important hydroelectric power industry.

Yet Mozambique’s turbulent recent history has kept its people from fully enjoying these natural advantages and from developing a stable, diversified economy. A former colony of Portugal, Mozambique provided mineral and agricultural products to its distant ruler while receiving few services in return. Following independence in 1975, Mozambique was torn by internal conflict as the Marxist government, supported in part by the Soviet Union and Cuba, battled anticommunist forces funded by South Africa and the former Rhodesia (now Zimbabwe) for control of the country. Marked by countless acts of terror, the ensuing warfare displaced at least four million people and resulted in the death of perhaps a million more as a result of the violence, famine, and disease it engendered. Violence and disunity hindered economic development, especially the broadening of tourism, and discouraged foreign investment. The conflict formally ended in 1992, but its lingering effects are many: in the early 21st century, as many as one million UN-exploded land mines still remained along the country’s trails and roads, and much political strife continued between the major opposition forces and the central government. 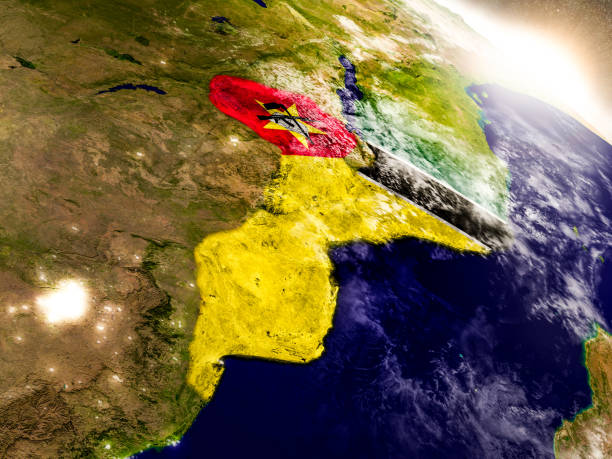