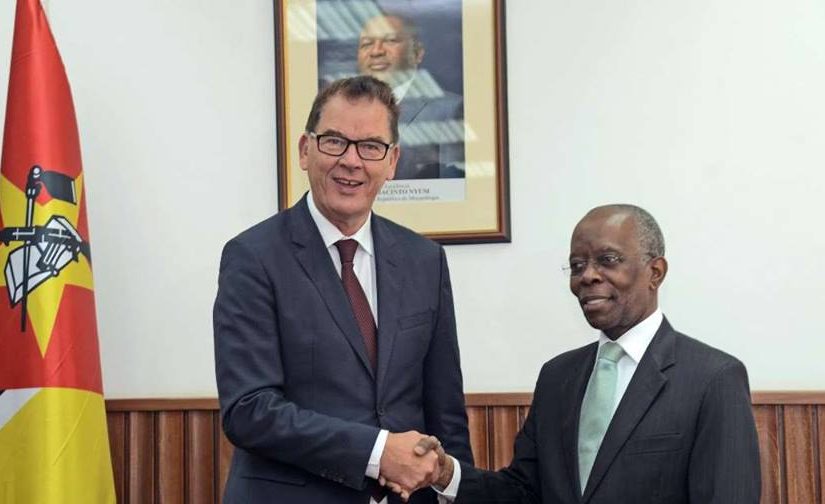 Gerd Muller, the German Minister for Economic Cooperation and Development, has pledged to strengthen support for Mozambique in the areas of education, agriculture, energy and good governance.

“The focus of our support over the next two years will be on agriculture and energy,” Gerd Muller said on Sunday after a meeting with Mozambique’s Economy and Finance Minister, Adriano Maleiane.

The amount to be disbursed by Germany is not yet known, but Minister Muller siad that supporting Mozambique was a priority of his executive, highlighting the “historical relations” between the two countries.

“We know that the soil is fertile, and that conditions to increase the country’s productivity exist,” he added, stressing also the need for more investment in education.

Minister Maleiane said relations between Mozambique and Germany were “very good”, and that the country was one of our main partners, especially in education.

“We already have a strong relationship, resulting from the cooperation programme that is now being analysed,” Maleiane said. Mozambique had called for increased support given that the country was on the verge of a new electoral cycle which would have “many costs”, he added.

In its latest three-year programme of support to Mozambique, which ends this year, Germany disbursed 89.5 million Euros for projects in the areas of energy, good governance, education and agriculture.

In October, the German capital, Berlin, will host a bilateral meeting between the two countries, when more detailed information on the support Germany has planned for Mozambique should be released.